This club is a student branch of the Institute of Electrical and Electronics Engineers (IEEE), the largest professional organization of engineers in the world.

The club’s mission is to encourage students to further their involvement within a larger community of engineers, and to provide a place for members to work on group projects or learn more outside of their studies. Our club will help students apply their classroom knowledge to their own projects, as well as give them the tools to learn more in their areas of interest. Through our connections to IEEE, we will also give students the opportunity to gain a better understanding of engineering in their future careers. 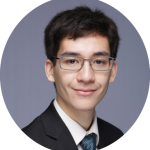 MESSAGE FROM OUR PRESIDENT

"When we started Humber IEEE four months ago, none of us had heard of the Student Congress. Even the morning we arrived, we didn’t really know what it was all about. At the time, I was also not entirely sure what IEEE itself was actually about.

Fortunately, none of us were the type to let minor details like that stop us, because if we were, the club never would have gotten off the ground, and I was proud to be the Vice-President of Membership of Humber IEEE.

One of these minor details I mentioned was that I wasn’t actually Vice-President of Membership.

For anyone who is even remotely aware of the IEEE student branches, you probably know that there is no such thing as a VP Membership.

There was also the slightly larger issue that neither Humber nor the IEEE had actually officially recognized us, so both parts of our name were somewhat meaningless, and theoretically, we didn’t actually exist. It was also the summer term, and the vast majority of students simply weren’t around to know about my unofficial position in our unofficial club.

Fortunately, we did have support, in the form of Maryam and George, our trusted advisors. With their help, we managed to host a few sessions over the following months. There was one on motors, three on microcontrollers, and five on robotics, along with general meetings and executive meetings almost every week.

Not bad for a club that didn’t exist.

Then our advisors suggested we go to the annual IEEE student congress. Like I said, I didn’t really know what it was about, but I was really interested, and purchased my IEEE Membership for the purpose of attending this event. When we arrived, I unexpectedly found that the past, current, and future presidents of IEEE Canada were all here. On the first day the past president of IEEE Canada just walked right up to me and gave me some advice. The next day, our President and VP of Communications decided they wanted to talk to the President about her presentation. So we did, although I was incredibly nervous about it. The future president takes our picture with her.

It wasn’t until later that day that I realized what had actually happened. There I was, ink still wet on my student membership, with a made-up role in a club which may or may not exist, talking to the leaders of IEEE Canada.

Now, I don’t have a ton of experience with events like this. But somehow, I get the impression that this doesn’t normally happen. When you get a job, the CEO doesn’t come down next week to congratulate you and shake your hand. I get the feeling that something different has happened here, because the heads of most large organizations don’t take the time to welcome in new members personally, let alone throwing an entire conference expressly to help younger members meet the older ones.

So I come out of the conference confident, if a little overawed, but most importantly, with the feeling that now I finally understand exactly what it is that IEEE is about."

The Canadian division of the Institute of Electrical and Electronics Engineers (IEEE) representing the technical fields within the engineering profession. ​

The Toronto sub-division of IEEE Canada connects together members across the Greater Toronto Area within the electrical, electronics and computer engineering fields.

The Toronto sub-division of IEEE Canada brings together women members across the Greater Toronto Area within the electrical, electronics and computer engineering fields.

The Institute of Electrical and Electronics Engineers (IEEE) is the world’s largest technical professional organization for the advancement of technology with more than 423,000 members in over 160 countries. This highly cited organization is a leader in engineering research and innovation and a trusted “voice” for engineering around the globe.